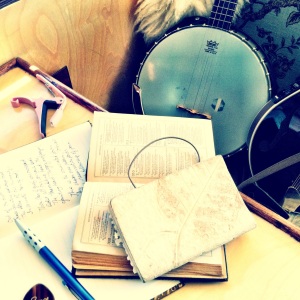 The life changes we have made over this past year have been so mind altering and soul stretching. It’s been a process to digest it all but over the last few weeks we have put our minds and efforts into writing songs. We hope to record these new songs this December in Portland, OR with David Fuller. Looking to have it available Spring 2013.

Crux of the Album:

There is a great love and purpose for us that is worked out in the messes, storms, blue skies, daily work, and dreams of our common lives.  This album gives narrative shape to actual people and circumstances in their dealings with God, each other and the inner workings within themselves.

We’ve decided to redo Old Man’s Town from our latest album, ‘Ashes to Beauty’ and feature it on this upcoming album. It’s a song that has aged well and our hope is to really allow the energy that has been building in that song to have a second chance to impact.

We’ve also been working to incorporate the unified sound that has developed in us as a family, not just a duo. Over the last two years we’ve performed as a family 355 times. There is a solidity that has developed and we are looking to incorporate that into this album. So, although we will still have room for guest appearance’s, on this recording we will feature “The Hollands!” as a band and as a family, including musical parts and songs that have been written by our children, songs like “Lanie Done Did” written by Graciana Holland.

Here is an excerpt from that song:

“Just about 26 seconds ago/Lanie done something bad/That time that time that time/Was all it took to make him mad/And the waves came down/Like an earthquake ready to rumble/Rolling round, Lanie, done did stumble”