We traveled from Saigon south to Vung Tau on a 1 1/2 hr ferry ride at $12.50 each. Vung Tau is a beach vacation destination for Vietnamese tourist and was an RnR location during the Vietnam war. Over the years many ex-pats from the US and Australia have decided to open businesses or retire here. There is also a small international population that live in Vung Tau because of the oil industry. The town boasts the second largest “Jesus” statue in the world. The largest being in Rio. There is also a large statue of Mary on one of the mountain sides. All remnants of the 100 yr French  (Catholic) occupation. 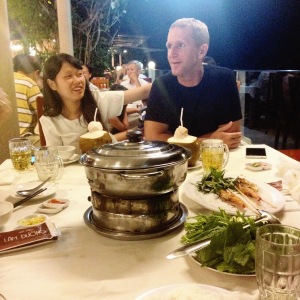 Our host, an old college friend, Andrew (from the states) met us at the dock on you guessed it, his moped. And, like Siagon, Vung Tau had a stream of mopeds weaving here and there, organized chaos. Andrew, a teacher at an international school, welcomed us to his home and introduced us to his girlfriend, Mi, pronounced Me.

Serendipity allowed us to arrive to Andrews on Thanksgiving and so that evening we were welcomed by Andrew, and his friends/fellow teachers to a thanksgiving celebration. There were folks from all over the world including, South Africa, Denmark, Australia, New Zealand, the US, the Philippines and Singapore. It was a bit surreal to dine with them, sharing turkey and potatoes but we enjoyed our time and talked of meeting up again over the weekend.

The next morning Andrew had to work, so we ventured out on foot looking for lunch. We stumbled upon a little hole in a wall with a line out the door. It was open air with ladies cooking near the front of the stall. As we stood in line (the only westerners in the joint) we observed trying to discern what they were making in hopes of reducing our uncertainty, especially regarding all of the horror stories we had heard about street food and digestion problems. By the time we reached the hostess we had built up our confidence, had a basic understanding of the etiquette and were ready to dive into the experience. We were glad we did as the place turned out to be a goldmine! You know, the kind of place that Anthony Bourdain might showcase on an episode of his popular food show. 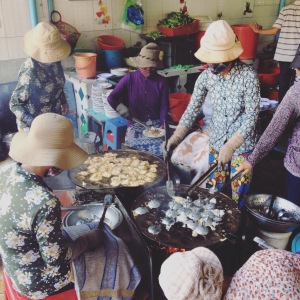 The venue, called Goc Vu Sua, served up Banh Khot, a speciality, only found in Vung Tao. It consisted of shrimp fried on a flour/egg batter, served with bean threads and herbs, wrapped in butter lettuce and dipped in fish sauce. We watched the packed house of locals eat and followed their lead using a combination of hands and chop sticks. We saw a frothy yellowish drink sitting next to many of the patrons and asked for them. Then turned to watch the server use a large press to make fresh sugar cane juice. The drink was served on ice and tasted sweet but not too sweet. It was delicious and we later found out (via Google) that the juice has major healing applications including cancer fighting properties. So we lightheadedly started skeeming ways to bring one of the juicing machines back to Australia or the States in hopes of making big bucks on this superfood.

Each of our meals including our drink 52000 Vietnamese dong ($2.50USD) Goc Vu Sua was top notch local fare and if you ever make it to Vung Tao you have to give it a try. Just make sure you keep your knees of of the table.

Another highlight of our time in Vung Tau was renting mopeds. We walked down to a guesthouse and found two mopeds available. We rented them for two days at 600,000 Vietnamese dong, which translated to $27 USD total. We had to fill out a release form and leave our passports to be picked up once we finished with the mopeds.

The driving learning curve was intense but quick. Within the hour, we found our way weaving in and around the roadways, flowing with the locals. At one point our daughter made a comparison to Mario Cart. We all laughed and concurred.

The mobility offered us more flexibility as we were able to move at our own pace and explore. Over the next few days we rode up Small Mountain and Big mountain, stopped for coffees and mango smoothies, went to mass at the local cathedral which was quite moving, specially hearing the choir. We visited the market, went to a movie in a cinema as well as enjoyed a day at the beach. But the highlight was riding our mopeds, instruments in tow, into the evening sun to a local bar called Haven where we performed for Andrew, his teacher friends, a handful of ex-pats and a few locals. 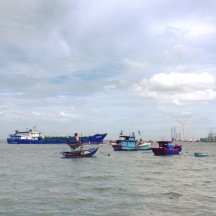 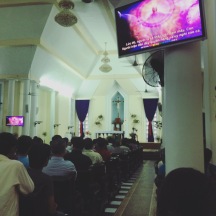 It was a blast to see an old friend and experience life in Vung Tau through his eyes. If we ever have the opportunity to visit again, we will. Firstly to see Andrew and all of our new friends but as a close second, we’d go back just ride mopeds and to eat Banh Khot again! 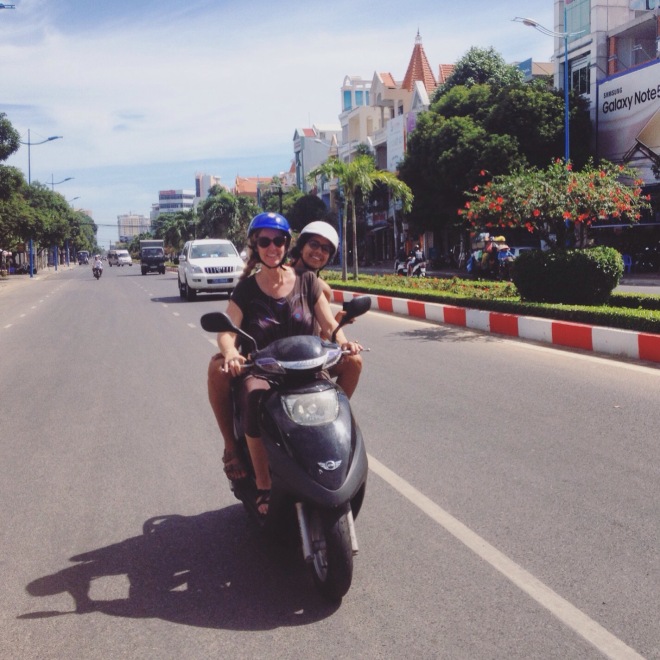 Parking a 40x8ft bus is no easy feat. However, over the course of the past three years of practicing it, our driver extraordinaire Craig Holland has become quite the expert. He has parked in all sorts of driveways across the US and this quick video of Craig pulling out of a 10 foot Oakland, CA driveway showcases his mad skills. (By the way, with only a few inches to spare on either side, he pulled into this drive way, just a week before)

We’ve done our share of camping in State Parks and RV Parks but our favorite place to park is in someones driveway. There is such a richness to life when we get to neighbor alongside our kinfolk,  sharing meals & hearing their story, hopes and dreams.

We’ve parked in all sorts of driveways from suburban cul-du-sacs in Albuquerque, NM and Carlsbad, CA, city driveways in Nashville, TN, Milwaukee, WI and Oakland, CA, to country life in Mt. Vernon, IA, and Lafayette, LA, street side in Bend, OR and Lexington, KY, Lakeside in Austin, TX to Mountain side in Golden, CO and Poolside in Phoenix, AZ. Plus so many more!

If you’d like to have us for a visit but you’re just not sure if we can fit in your drive way. Have a look at these brave neighbors. 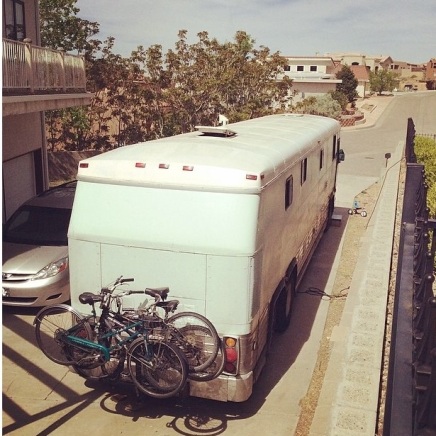 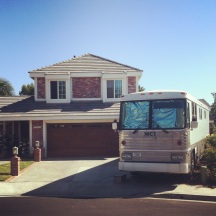 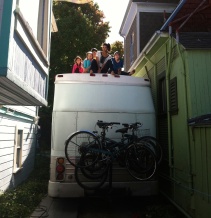 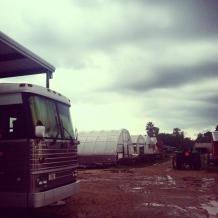 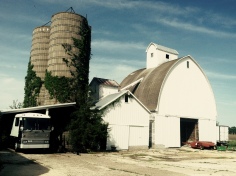 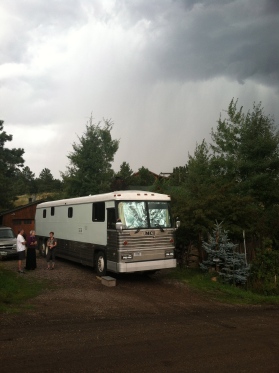 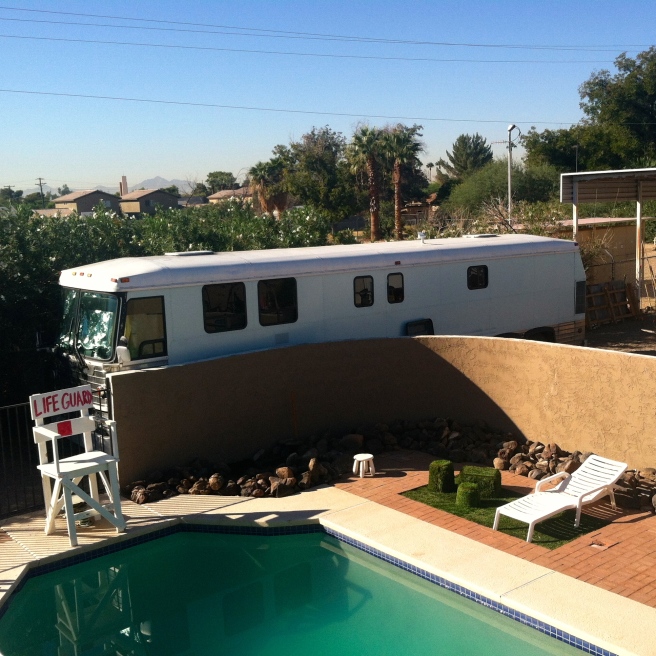 So, if a friend of friend tells you, “Hey I know this family that travels around full-time in their bus, singing and neighboring with people. They are coming your way, and you should have them come park in your driveway.” Have no fear, all we need is a safe, relatively flat driveway, at least 10 feet wide and 40 feet long and we’re golden. And, if you’ll have us, we’ll be there with bells on, and probably our instruments too. 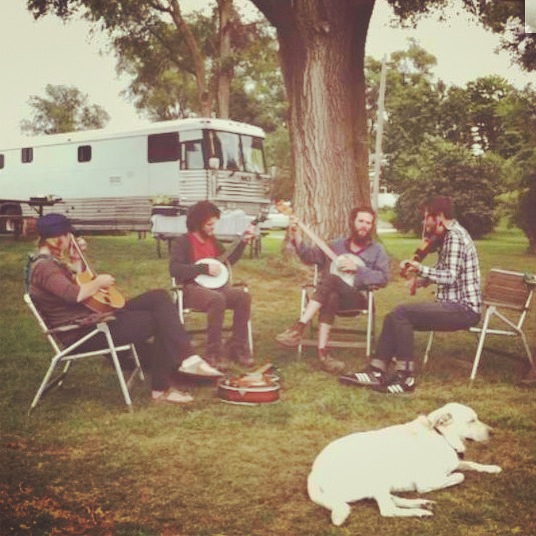 Erik from Family Adventure Podcast interviewed us recently. Have a listen, be inspired & please comment/share.

How about this? A family traveling for years, playing music as a band, and enjoying and savoring every experience that crosses their path? Sounds epic? The Hollands manage their life and business on the road and share their experiences with us!

From Homeschooling, building a bus, to their creative look on finances, these folks are the real deal, and have fun following their dream and passions!

thehollands.org -Music Site. Listen to Music. Find out where they’re at, if at all possible, you need to see them LIVE!

Your help gets the show in front of a larger audience, which helps tremendously to produce more shows! Click on one of those babies floating on the side of this page or the bottom and share with other adventurous families!

Also please leave a rating or review on iTunes! It just takes a second and you can help the show increase its rankings on iTunes just by this simple and quick gesture. If you do, click here to let Erik know so he can personally thank you!

Thank you so much for the love!

In August 2011, we gave away all of our possession and bought a 1984 MCI-9 Motorcoach (bus). Over the course of two months we would begin the conversion process with the help of many friends, neighbors and family. We departed Green Bay, WI in our bus on Oct 13, 2011, with the exterior walls, couch, dinette and master bed in tact. The rest of the bus was a container. We set off for our first stop in Sister, OR where another handful of friends and family helped us build out the kitchen cabinets, framing bedrooms and installing the electrical system. We left Oregon and as we traveled we built out what we could, when we had the resources and time. Over the course of the next three years we installed the plumbing system and finished off the bathroom complete with a shower and hot water. We have traveled over 60,000 miles, through 36 states. We are peace pilgrims, folk revivalists, and merrymakers. And, this is our home today.

PS. Video was filmed on an I-Phone 4 and we realize the quality isn’t ideal but hopefully you get a good glimpse for now. Also, here is the first design floor plan drawn by our friend, Marc Brummel. We adapted it as we built, moving the shower, sink and toilet but the basic design is the same. 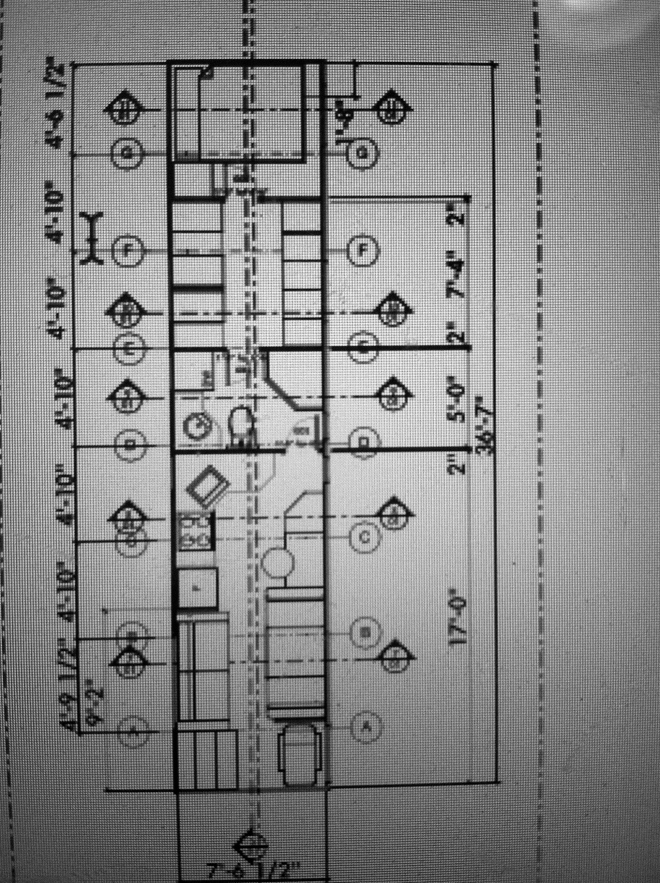