Singapore! What a fascinating place! This small but robust country is located at the southern tip of Malaysia, about 85 miles (137 kilometres) north of the Equator. Singapore Island originally was inhabited by fishermen and pirates, and it served as an outpost for the Sumatran empire of Srīvijaya which was a maritime and commercial kingdom that flourished between the 7th and the 13th centuries, largely in what is now Indonesia. Of course, there has been loads of history from then until now making this little fishing village one of the worlds most prestigious and innovative cities/countries in the world.

If you talk with a local they will tell you with great admiration that the modern progress and peaceful nation is due to their founding father, Mr Lee Kuan Yew. They will tell you stories of a father who traveled around the world to progressive countries, seeking counsel and knowledge from world leaders,  on what worked and didn’t work for their societies. He then took the best of the best ideas and began implementing them in Singapore. He would walk the streets with a notepad and pen in hand, jotting things he saw in need of replacing or repair, as well as, taking note of flow. They will tell you he was meticulous and lead by example, that he cared about order, efficiency and cleanliness. 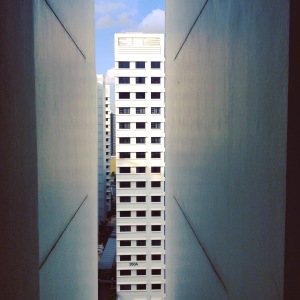 As visitors we sensed the importance of everyone going with the established flow and a vigilance on behalf of its citizens to keep law and order. It was actually quite enthralling to see such order, to tilt our heads in wonderment at how one gets a whole society to move with such calculated accuracy. The sociological anthropologists in us couldn’t help but asking questions, not with the desire to compare or judge but with complete curious fascination. The architecture and roadways lent to the flow of life but more that was the established rules in place; rules that were at first glance overbearing but after further review actually lent to the harmony one felt when walking the streets. There were camera’s everywhere and on more than on occasion our hosts explained with pride that the crime rate was very low in Singapore because of these cameras. There are eyes everywhere both from the cameras and from the citizens who all worked together in keeping the societal flow strong.

Some of the rules that we found sort of interesting, “no chewing gum.” You won’t see a single black mark in the sidewalks of Singapore. “No eating in undesignated areas” was another one. We actually learned this rule by accident, as we had brought granola bars with us on one of our outings and while waiting for the train, our son pulled one out. He began to eat it, but was shielded by our host, who let us know under his breath that we were breaking a rule. We all sort of chuckled at what seemed like a silly rule to us but saw our hosts desire to protect us and the plea in his eyes for understanding and out of respect immediately put the snack away. 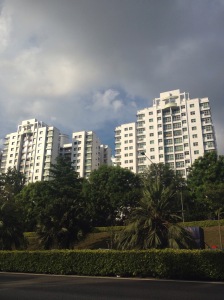 “No peeing in elevators.” This was most interesting to us from our cultural perspective, as the idea of even having to make a rule regarding this issue seemed absurd. However, it was not uncommon throughout SE Asia to see men urinating in public spaces. And, migrants were  bringing this norm into Singapore. The migrants may have learned that was not allowed in public but still found ways to relieve themselves outside of a designated toilet blocks. The elevators became a hot spot for those looking to take a quick and quiet leak. Now, you have to understand that there are loads of elevators in Singapore. Most of the dwellings in Singapore are massive high-rises and each building would have multiple elevators. And so, to address this issue the Government installed a sensor in each elevator which upon impact of liquid would lock down and not reopen until the police had arrived. I’m sort of cringing and grinning even as I write this as it’s such a clever idea and as you can imagine, very effective.

The layout of the city was impeccable and easy to navigate with a wonderful train/bus system. We were able to enjoy a day at the beautiful botanical gardens, share meals with our hosts, including one of their favorites, Singapore Steamboats. Similar to Chinese Hotpots, the soup pot sits upon a small fire and has two sides of broth, one spicy, one mild. Then throughout the meal you add your selected ingredients to the broth. Ingredients like thinly shaved pork or beef, cubes of chicken or tofu, noodles, veggies, etc… The food was awesome but even more than that was the amazing welcome we found in Singapore. 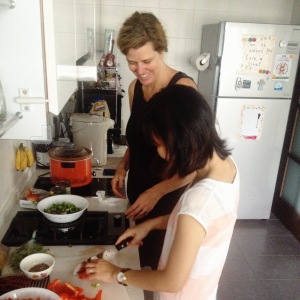 Our hosts were gracious enough to not only show us their land but to allow us to stay in their space, sharing customs and encouraging each other in community. They even allowed me to cook in their kitchen, teaching them how to make one of my favorite Tex/Mex dishes and serving it to all of their friends and family.

We do not take for granted the gift of hospitality and our friends in Singapore made us feel more than welcomed. They allowed us to explore and ask questions, helping us to make sense of their land, and showering us with kindness and warmth.

We all have our places where we feel most at home, most comfortable and being with our kinfolk through out SE Asia would be high on our list. But, if you ask our son where his favorite stop in SE Asia was, he will tell you hands down, it was Singapore. He loved the food, as well as the high-tech, modern and hospitable nature of the place. As we continue on our travels, he often is on the lookout for restaurants that cater to the Singapore palette and talks of going back there one day. 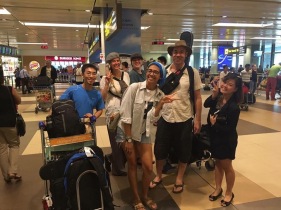 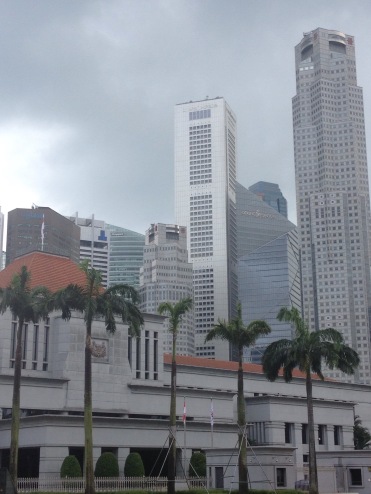